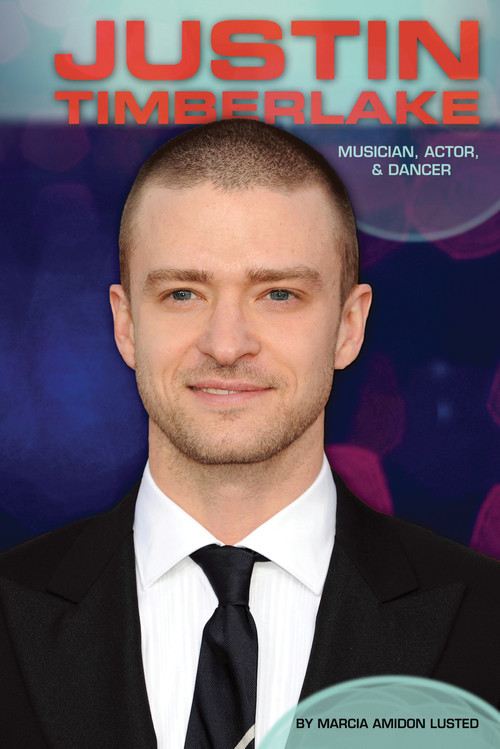 This title examines the fascinating life of Justin Timberlake. Readers will learn about Timberlake's childhood, family, education, and rise to fame. Colorful graphics, oversize photos, and informative sidebars accompany easy-to-read, compelling text that explores Timberlake's early interest in music and acting that led to an appearance on Star Search, his big break on the Disney Channel's popular show The All New Mickey Mouse Club, and the creation of the boy band 'N Sync that released 'N Sync, No Strings Attached, and Celebrity. Timberlake's solo career and the release of his albums Justified and FutureSex/Love Sounds, his acting career, which includes hosting Saturday Night Live and appearing in several movies, including Alpha Dog, Black Snake Moan, Shrek the Third, The Social Network, and Bad Teacher, his MTV Music Video Awards, his Grammy Awards, his collaborations with other singers, his clothing line William Rast, his record label Tennman Records, and his time spent raising money for charities are also described. Features include a table of contents, glossary, selected bibliography, Web links, source notes, and an index, plus a timeline and fun facts. Contemporary Lives is a series in Essential Library, an imprint of ABDO Publishing Company.