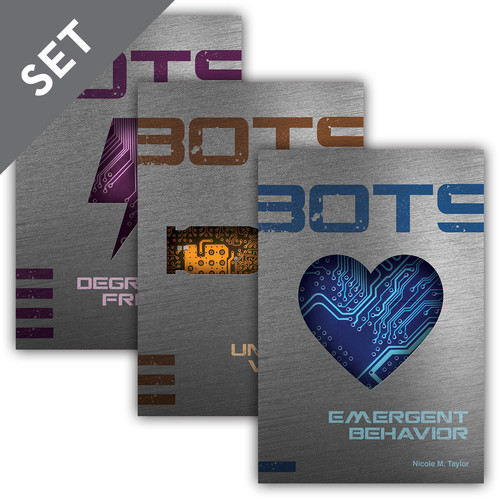 Please Note: Some titles are now Out-Of-Print. The complete series is no longer available.

Edmond West, a brilliant MIT drop-out, is convinced that humans will never move beyond their cruelty. He sets out to create a new kind of humanoid robot, to be exploited so that people no longer have to be. Edmond’s quest to make a more sophisticated robot is successful, leading to something unexpected, and nearly divine. Now, a growing population of this new species of “Bots” is threatening the concept of what it is to be human. Has Edmond saved the world or created a new class of victims?