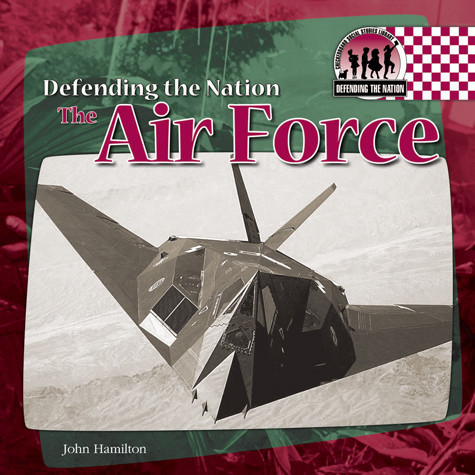 This book introduces the U.S. Air Force. Historical information covers its roots in the U.S. Army, its early use of reconnaissance balloons during the American Civil War and the Spanish-American War, the Wright brothers and the first flight, early training of pilots and their reconnaissance, air combat, and battlefield support during World War I and World War II, and its vital work during the Korean War, the Vietnam War, conflicts in the Persian Gulf and Kosovo, and the fight against terrorism in Afghanistan and Iraq after September 11. A sidebar of officer and enlisted ranks highlights the organization's hierarchy. Other chapters introduce the reader to requirements for enlistment, the U.S. Air Force Academy, and officer and enlisted training, as well as the roles of the Air Force ROTC, the Air National Guard, and the Air Force Reserve. The book also introduces key aviators such as Medal of Honor recipient Captain Edward "Eddie" Rickenbacker and record-breaking pilots General Charles "Chuck" E. Yeager and Colonel Jacqueline "Jackie" Cochran. The book also covers aircraft such as the MQ-1 Predator, the F-16 Fighting Falcon, the B-52 Stratofortress, and the B-1B Lancer and their features such as stealth technology, size, and range. Full-color photographs, fun facts, a graphic timeline, a glossary, and an index accompany this easy-to-read text.